The Cut > About > History

The Cut is fully open for events and classes, employs full-time and part time staff and uses a roster of dedicated volunteers.

The units in The Cut and the adjacent building house businesses and creative individuals.

We have classes covering a wide variety of activities.

Every week around 1000 people pass through our doors to take part in what The Cut has to offer.

It‘s a creative hub for entertainment, education and enterprise.

The charity New Cut Arts (NCA) is responsible for the running the The Cut Arts Centre and is made up of a Board of Trustees, and a Centre Manager and staff.

2020 – 2022
The Cut has reopened and is showing a wide variety of shows and has classes in all areas of the building with support from Arts Council England.

2021
The Cut has to close in response to the COVID 19 global pandemic and the doors are shut during Lockdowns 1, 2 and 3.

A fundraising committee is formed to raise funds so that The Cut can survive and raises £100,000 for new lights, a new sound system, streaming equipment, solar panels, LED lights, a new website and more. The building is decorated using a team of volunteers and a series of online events are delivered.

2020 The Cut building is converted to L.E.D. and solar power is installed. The Cut closes in March more or less until July 2021 due to Covid-19 pandemic  but continues its programme digitally.

The Suffolk Herring Festival moves to The Cut

2016 Funding from Garfield Weston and Foyle Foundations allow for renovations inside and out, including new flooring and external repair and painting.

2014 Satellite screenings come to The Cut

2012
NCA takes on the task of purchasing the ‘east wing’ of The Cut building – previously owned by Micropress Printers. Suffolk Artlink are based in this section of The Cut.

Following several successful seasons of hosting the annual HighTide Festival, HighTide itself opens a permanent office at The Cut.

2008
The Cut becomes a centre of excellence for the newly established national Arts Awards.

First Cut Open exhibition open to all – no rejects

2006 – 2007
The Centerprise office units are created on the top floor creating a highly significant ‘arts cluster’ based round the existing open access public arts space of The Cut.

2006
Major funding was successfully secured from Europe, the Suffolk Development Agency and

Suffolk County Council in order to develop the top two floors of the building as ‘Centerprise’ – ten business units to provide a vital non-arts income stream for the future security of The Cut.

At the opening of the 5th Halesworth Arts Festival Ben Bates, Sir Alan’s son, inaugurated The Cut’s theatre as the Alan Bates Theatre.

2004
The first full quarterly programme of arts activity was produced. The Amplifier Project was started for young people interested in creating their own music.

The first half of 2003 was entirely taken up with capital building work mainly carried out by local firms and a core of committed NCA supporters.

A successful bid was made to Suffolk County Council for further funding to complete the refurbishment of the building. Newly refurbished basement office space was let to The Poetry Trust and a separately constituted Halesworth Arts Festival group.

The late great Sir Alan Bates officially inaugurated the old maltings complex as ‘The Cut’ at the opening night of the 2nd Halesworth Arts Festival. It was a night to remember for all of us!

The 2nd Halesworth Arts Festival was successfully staged by a new and independent team of volunteers.

2002
The 1st Halesworth Arts Festival was successfully inaugurated by NCA.

2002
A dynamic series of events were staged creating income for further developments at the New Cut maltings. Audiences still had to endure cold and sometimes damp conditions but they kept coming back for more!

2002
Although three of the applications were successful, funding could not be accessed because of the failure of Arts Council East to back our vision. This was the lowest point in the history of the project.

2001
Four major applications for funding were developed and sent off.

Ownership of the building passed from PanTeknikon to NCA.

A mixture of EEDA and English Heritage funding, as well as considerable volunteer work in kind, enabled the leaking flat roof to be replaced, the old Victorian windows to be secured and basic welfare facilities to be installed.

2000
The ‘500’ Club was started to provide regular income through a local lottery.

Charitable status was granted to NCA & fundraising started. As a result of a mailshot local people donated over £4,000 to get the project started.

March 2000
The NCA group put in an application to the Charity Commission for charitable status.

November 1999
A group, soon to be known as New Cut Arts (NCA), met to discuss the possibility of setting up a charitable trust to fundraise for the development of the building.

May 1999
PanTeknikon agreed to buy the old New Cut maltings over a period of time from Micropress Printers. 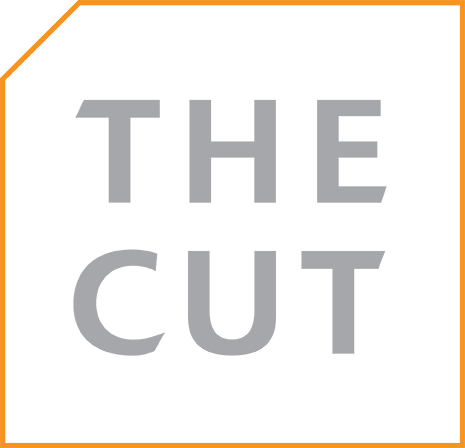